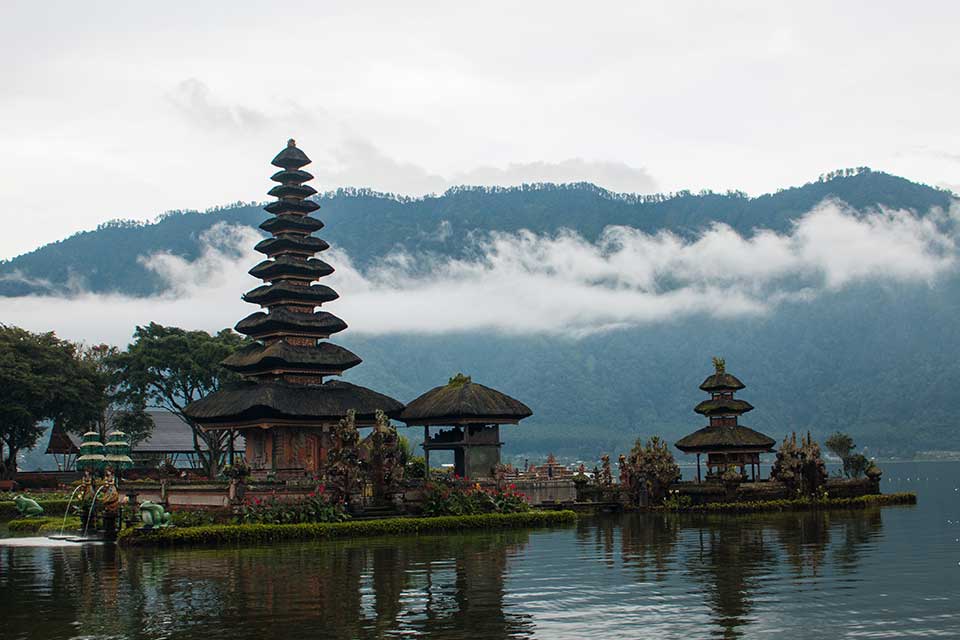 Most of the tourists ask about the temple by the lake during this Bedugul tour. That temple is Ulun Danu Beratan Temple. Ulun Danu Beratan Temple is one of tourist object in Bali located in the plateau area of Bedugul which is famous of cool temperature area. It is consisted of several temple buildings that are all set beside of Beratan Lake and to be the most popular to see. Outside of temple area, some of Buddhist statues and mosque exist to signify that the good relaxation between the religions is well maintained. Meanwhile, the lake which is protected by the hill is just in front of the temple is very beautiful.

The name of Ulun Danu Beratan Temple is taken from the lake where the temple is built at Beratan Lake. The name of Beratan Lake is inseparable with the Beratan Mount as Deity and Goddess as fertility source, prosperity to keep the prosperity in life and society life. In Papyrus Chronicle of the Mengwi is elaborated by the history of Ulun Danu Beratan Temple founding together with existence of the Mengwi Empire. Therefore its status is pertained with the secondhand of Temple Empire what is usually pertained as Dang Kahyangan. And it is the same to the description in papyrus of Usana Bali and Padma Bhuwana, hence Puncak Mangu Temple where the Panyawangan (representative place to worship) is the Ulun Danu Beratan Temple. So it is called by entire Balinese residents as Kahyangan Jagat or The Biggest Group of Hindu Temple in Bali.

WHAT TO SEE IN ULUN DANU BERATAN TEMPLE

This temple is very famous for its beauty that has become a favorite tourist destination in Bali, around this place also been equipped with many accommodations such as hotels, villas, restaurants, spacious public park and souvenir shops. Not far from the location of Ulun Danu Beratan temple there are some interesting place to visit such as Bedugul botanical gardens and Bedugul traditional market (Candi Kuning).

To enter this beautiful place there will be an entrance ticket to be paid. And the ticket price is about 25.000 Rupiah each person. We can get the ticket by the gate just before we enter the location of the temple and will be checked by the staff.